An expert in human performance and organizational leadership, Dr. Paul "Paulie" Gavoni has worked in education and human services to provide administrative teams, teachers, and staff with...

John Lynch has been referred to as a maximizer, culture builder, turnaround “guru”, and transformational leader. John Lynch was recognized by the state’s Governor for taking one of the lowest performing schools in the state, transforming the school’s culture and student achievement it into one of the state’s top 100 schools

An expert in human performance and organizational leadership, Dr. Paul "Paulie" Gavoni has worked in education and human services to provide administrative teams, teachers, and staff with training, coaching, and consultation in analyzing and developing behavior and performance management systems that positively impact key performance indicators.  A national speaker on topics related to leadership, coaching, performance improvement, and classroom management, Dr. Gavoni has served in a variety of leadership, management, teaching, and coaching positions across education and human services.

Dr. Gavoni is published in peer-reviewed journals, has written his own book with Manny Rodriguez titled Quick Wins! Accelerating School Transformation through Science, Engagement, and Leadership, and is currently preparing his next book in collaboration with Dr. Nic Weatherly titled Deliberate Coaching: A Toolbox for Accelerating Teacher Performance which will be published by Learning Science International in winter of 2018.

He’s earned two degrees in leadership from Nova Southeastern University with concentrations in both Organizational and Educational Leadership. He also earned a Masters and Bachelors of Social Work from Barry and Florida Atlantic University with a concentration in Children and Families. 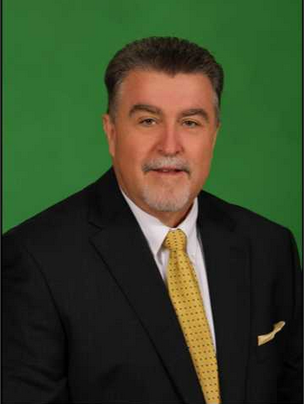 John Lynch has been referred to as a maximizer, culture builder, turnaround “guru”, and transformational leader.  A highly successful instructional leader with a wide array of experience as both a school-based and district office administrator. During his career, John has been a classroom teacher, principal at all levels within the K-12 system, a Director of Assessment and Accountability, an Assistant Superintendent, and an Executive Director of School Transformation and Principal Development. He has presented on school turnaround initiatives, school improvement, and leadership development at both the state and national levels.

District Director of Assessment and Accountability

After being named Teacher of the Year in his 40,000-student school district, Lynch went on to bring his servant leadership style to the role of Director of Assessment and Accountability where he worked with principals to analyze data, provide professional development and ultimately increase student achievement by increasing teacher effectiveness.  While working in assessment, he earned a reputation for bringing out the best in people, maximizing the efforts of all through culture building and his inclusive style of leadership.

While coaching principals on school improvement strategies, Lynch felt compelled to earn some “street credit” of his own when it comes to school improvement. He wanted to challenge himself to actually lead a high-needs school through the improvement process, and not “just talk“ about how to improve schools.  To make this challenge a reality, he requested a principal’s position at the district’s highest need school, which at the time had a 90% poverty rate and was performing very poorly.

Two years later John Lynch was recognized by the state’s Governor for taking one of the lowest performing schools in the state, transforming the school’s culture and student achievement it into one of the state’s  top 100 schools. Lynch, as a principal, repeated similar transformations at two other schools twice within the next four years, once at an underperforming middle school and then, a struggling high school. Under John’s leadership, all three schools performed at their highest levels in school history, transforming culture and climate, while at the same time, receiving the state’s highest possible ratings for student achievement. These efforts resulted in Lynch receiving two more commendations from the Governor’s office.

Seeking to broaden John’s influence, he was then named as an Assistant Superintendent in charge of School Improvement and Federal Programs. In this role, he again instilled change to increase efficiency within the federal programs and maximized resources targeted for classrooms. He created and supervised a ten-member district turnaround team that assisted nine high-need schools in successful turnaround initiatives. Lynch’s results again were again across-the-board boosts in student achievement. His shared, inclusive style of leadership has increased the leadership skills of others; he is a proven mentor and coach serving new principals to insure their success at high needs schools.

About Us
Study Guides
Affiliate Program

Select a course first to display its contents.

No available contents for

There are no free, paid or coming soon courses in your school yet.
Why don't you create one?

Oops, your school's owner is working hard preparing the courses for you.

Oops, you haven't created any courses yet.

Wouldn't it be a good idea to create a course?

No blog posts found in your blog. Why don't you create one?